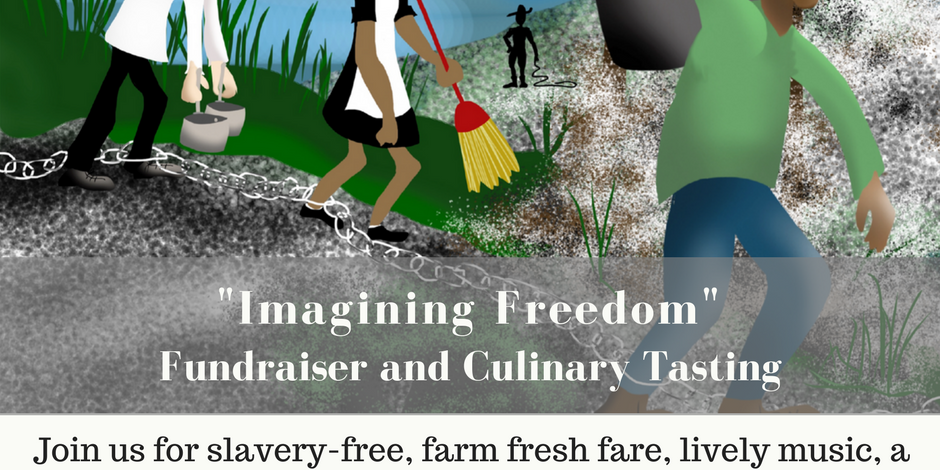 TALLAHASSEE… As Human Trafficking Awareness Month comes to an end, local activists will focus on the role of consumers at the “Imagining Freedom” dinner Tuesday at Florida State University’s Turnbull Center.

Billed as a culinary tasting event to raise awareness about labor and sex trafficking, the meal will be coordinated by Susan Turner of Food Glorious Food and includes an appearance by celebrity chef Art Smith.

Turner said area farms and restaurants are contributing to the meal, and they’re trying to make sure the food wasn’t grown or harvested by trafficked labor.

“Once I learned about trafficking, it really struck me, because I’m in the food business – I never questioned where our food came from,” Turner said. “We just ordered it from our purveyors and there it was. Like most people who to the grocery store – they have their list, they buy their groceries, and they go home and cook it. Repeat the next day.”

“Imagining Freedom” is both a benefit for the Survive and Thrive Advocacy Center, a local non-profit that serves trafficking victims, and a way to get people thinking about who might have been harmed in providing the food they cook and eat.

Since 2007, the National Human Trafficking Hotline has had reports of more than 5,400 labor trafficking cases within the U.S. Florida is third in the nation for human trafficking, and the six counties of the Second Judicial Circuit – Leon, Jefferson, Liberty, Franklin, Wakulla, and Gadsden – form a microcosm of what many describe as “ground zero” for sex and labor trafficking.
Turner hopes that as the public learns more, more people will buy their food from slavery-free purveyors.

“You know, we’re taught all the time to eat mindfully, but I think we should cook with a conscience.” she said.

As to Chef Art Smith, the TV personality who spent ten years as Oprah Winfrey’s personal chef, Turner says they’re old friends, and that he worked for her when he was getting started.

Tickets for Imagining Freedom are available at https://imaginingfreedom.brownpapertickets.com.