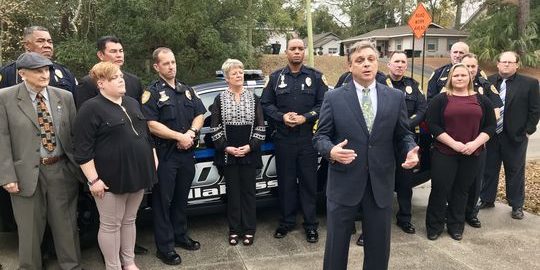 From the Tallahassee Democrat: 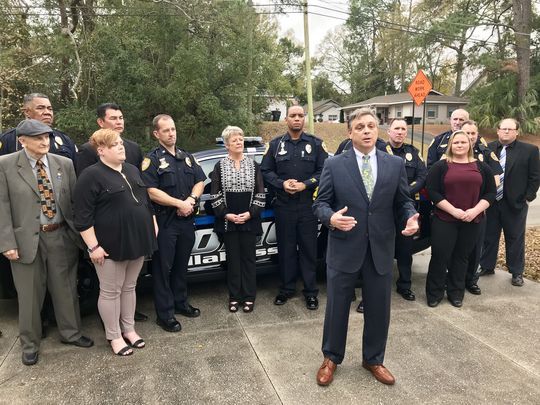 U.S. Attorney Christopher Canova joined with TPD Chief Michael DeLeo and other members of the coalition to discuss the issue and urge citizens to contact authorities if they suspect someone is a victim of human trafficking. The event coincided with National Human Trafficking Awareness Day.

“We have these predators in our midst,” said Canova, who heads up the coalition. “And they’re preying on the most vulnerable and weak in our society — people that have drug addictions, kids that have run away from home, even relatives that are addicted to drugs selling out their children and brothers and sisters to settle a drug debt. So it is a problem. And we need the public’s awareness to look for things that just don’t look right.” 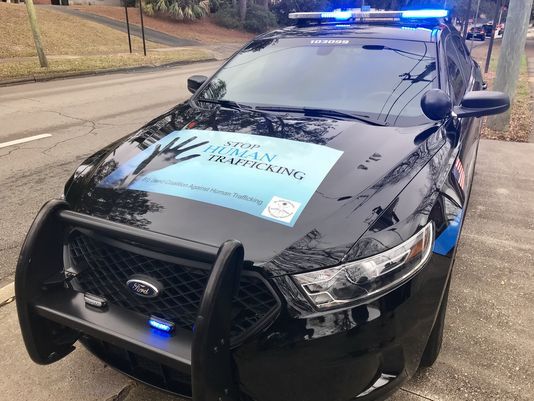 “If there’s somebody that seems to be very submissive, doesn’t have any identification, doesn’t have any money, doesn’t speak for themselves, being bossed around by somebody else or if it just doesn’t look right, please call law enforcement,” he said. “Because you might save somebody’s life.”

Thompson said STAC works with everyone from emergency room doctors and nurses to homeless shelter workers to help them recognize and help victims of human trafficking.

“So this awareness is one of the most vital things that can happen here in our community,” she said. “It is so important that people understand that trafficking happens right here in Leon County, in Gadsden County and all the areas around us.”

The vehicle wrap will remain on the hood of a TPD vehicle used for downtown patrol through January, which is National Human Trafficking Awareness Month.