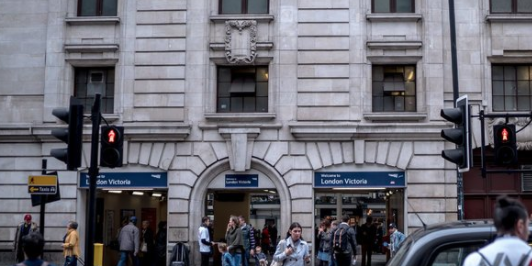 Across Britain, vulnerable adults and children — both citizens and migrants — have become victims of modern slavery. A teenager trapped by a drug gang tells what happened to her in this compelling story from the New York Times.

“LONDON — Every Friday morning, as commuters arrived in London Victoria station, a teenage girl would board a train to Eastbourne, a coastal town about 60 miles outside the city.

Dressed in her sports uniform and carrying a shoulder bag covered in badges of pop icons, she tried to give the impression that she was on her way to school. But this teenager was already three hours into her workday.

Armed with a knife and carrying a large supply of Class A drugs, the 14-year-old girl had been instructed to travel to Eastbourne to sell crack and heroin.

If she failed to meet steadily increasing demands set by her boss at the time, a 48-year-old gang leader who lured her through a social media app, she was either beaten or sexually assaulted.

A report by a British government commission on modern slavery and human trafficking, released last month, described a sprawling practice that ensnares tens of thousands of people in Britain.”