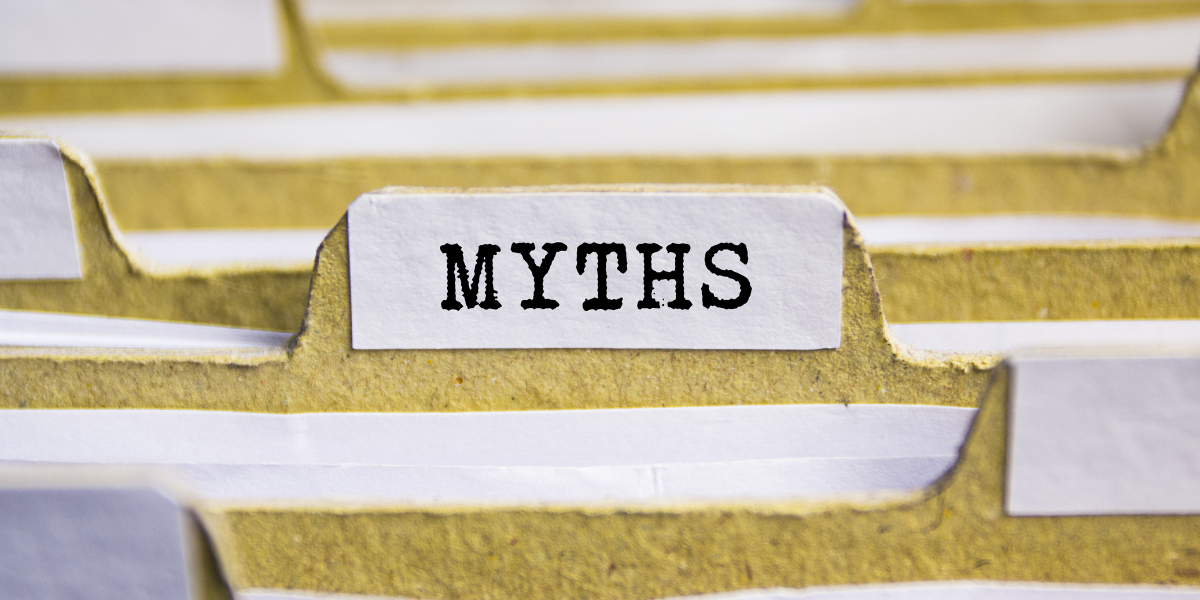 Human trafficking exists in every country and every community in the world – including yours. It’s vitally important to know how to recognize it and alert the authorities if you see someone in danger (or are in danger yourself). There is a lot of misinformation, however, about what human trafficking is and who it impacts. Here are four of the most common myths about human trafficking, the truth and what you need to know.

Many people view human trafficking as an interchangeable term with sex trafficking or even prostitution, but they are not the same things. According to the U.S. Department of State, human trafficking is “a crime whereby traffickers exploit and profit at the expense of adults or children by compelling them (adults) or just asking them (minors) to perform labor or engage in commercial sex.”

While it’s true that many victims of human trafficking are physically restrained, not all victims are controlled by force – that’s why it is misleading to show photos of people with their hands tied with ropes or being held behind bars. It is more complicated than that. Traffickers lie to victims, making big promises they do not keep as a means of control and manipulation and at the same time, coerce them with threats of harm. They obsessively monitor and control victims, using GPS and other technology, like constant text messaging. They keep tabs on their victims and control their every move.

A trafficker may coerce and control a victim to stay with them in many ways, including:

Many people think that traffickers lurk in parking lots or malls and kidnap their victims. They see trafficking as a “stranger danger” crime. While that can happen, most victims are trafficked by someone they know and trust. While a trafficker may start out as a stranger, they build a relationship with an individual, such as on social media or an online gaming platform, with the intention of eventually exploiting them for profit or commercial gain.

Some traffickers target their own family members, friends, and acquaintances. That’s because human traffickers groom and prey on people who have a vulnerability or a dire economic need such as a job, housing, healthcare, or a substance use disorder and act as someone who can help them to meet that need.

Popular press and media often depict victims of human trafficking as weak, helpless, and who need to be “rescued” from their trafficking situations. Once more, the truth is more complex.  Survivors of human trafficking often endure great trauma. And, they have been targeted by traffickers because of some vulnerability. Like anyone who has experienced great injustice and trauma, they need our systems, agencies, and each of us to provide the resources and support they need to address their unique situations. The strength it takes, both mentally and physically, to move forward and be free from a trafficker often shows the incredible resilience that survivors possess.

The Truth About Human Trafficking

Human trafficking is a human rights violation. Traffickers commit many crimes against people as they steal their freedom and commodify them for profit. Education is the No. 1 tool we have for ending human trafficking, which is why raising awareness and dispelling common misconceptions like these are a major part of the mission of the Survive and Thrive Advocacy Center. One way you can learn more is to complete STAC’s Free Training Certification Program, STACPRO. In an hour, you can learn more about how every person in every workplace can PREVENT, RECOGNIZE and RESPOND to proactively end human trafficking.

YOU can help dispel the many myths about human trafficking and what you can do in your community to stand with survivors and fortify your neighborhood, faith community, and workplace against sex and labor trafficking. Click here to register now.